Kids 4 Kids Donates $10K to Friends of Kids with Cancer! 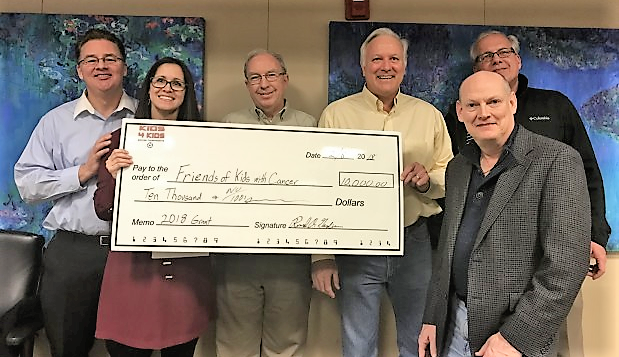 Kids 4 Kids is an organization of self-proclaimed “soccer nuts” that raises money specifically for kids and schools. Since its founding, Kids 4 Kids’ 3v3 charity soccer tournaments have “raised more than $100,000 for kids in need and elementary schools.”

Oh behalf of all the patients and families we serve, THANK YOU for your support in helping kids with cancer... be kids!