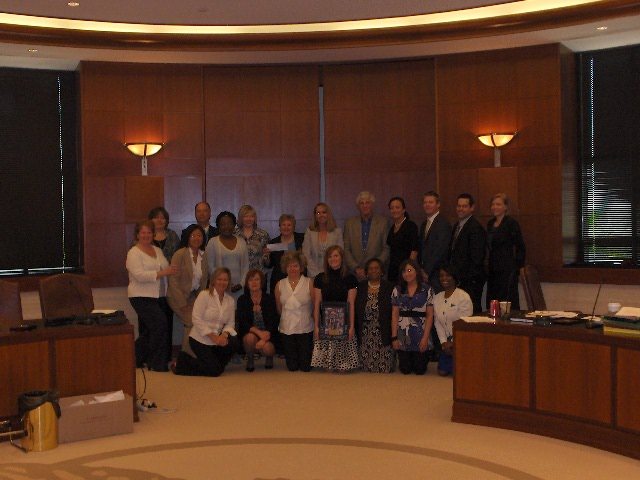 Southwest Bank held their annual "Touch the Heart of a Child" campaign during the month of February to raise money for Friends of Kids with Cancer. All 15 branches participated and at the end of the month had raised over $15,000!

Each branch would collect money from customers and hang a decorative paper heart on the walls with the name of the donor inside. There was also a friendly competition between the branches on who could raise the most money.

The top branches received a luncheon in their honor, which were: Sunset Hills, Concord, The Hill, Clayton East and Ellisville. Judy Ciapciak, Executive Director of Friends of Kids with Cancer, accepted a check for $15,000 at one of these special luncheons.

Thank you to Southwest Bank and M&I for putting on this heart-warming fundraiser. We appreciate the entire bank's cooperation and enthusiasm in collecting such an amazing amount of money so that kids with cancer...can be kids!