On the night of Friday, February 28th, community superheroes came together to support Friends of Kids with Cancer and compete in the 19th Annual Superhero Trivia Night. While most dressed in their alter-ego street clothing, some ducked inside phone booths to emerge as heroes dressed in capes and masks.

Volunteers dressed in their super uniforms as they set up the event, managed raffle tickets sales and mulligans, and waited on tables throughout the night. Table runners were free this year and each team had their own waiter to supply drinks to the very thirsty players.

Hart of the City Photo Booth donated hundreds of amazing photos. Jerry Hart, co-owner of the photo booth spoke about his cancer survivor journey and how Friends of Kids helped him through. 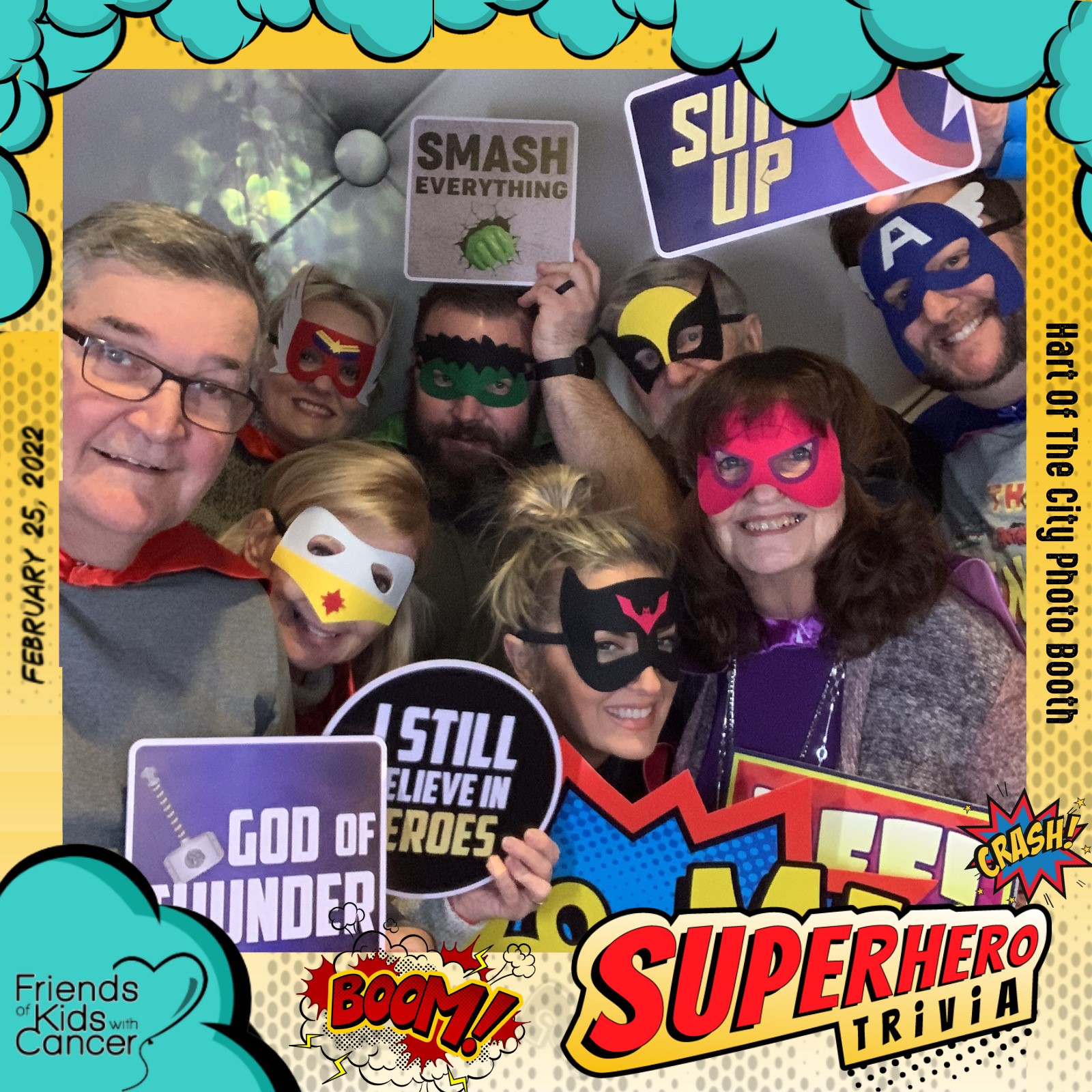 By the end of this fun night, the unnamed team at table 24 had won not only the Balloon Pop game, but also Best Dressed Table (awarding them 3 extra points and a prize). The crowd was very displeased to see that this superstar table won so much and, to top it off, they answered the most questions correctly and won trivia! "It's always the sign of a fun crowd if they boo you [for winning]," said Chris Readenour, team captain of the winning table. "We'll 100% be back to defend our crown next year," he added.

For the teams that almost made it to the top, we'll see you next year to see if you can turn from Underdogs to Super Friends and come out on top. Until then, we want to give out our sincere gratitude to all those who made this event possible. Those who attended, volunteered, sponsored, or donated items for raffle or the bar—THANK YOU for helping kids with cancer... be kids!

Thank you to our sponsors:

The Godfrey Family in Memory of Bernadette Godfrey

The Kopitsky Family in Memory of Griffin Thomas
Incentive Concepts